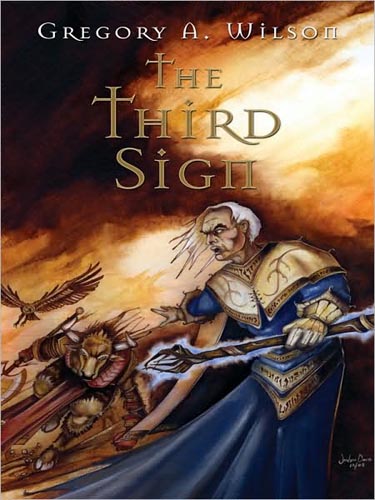 Wilson’s fantasy debut recalls the complexity of classic epic fantasy in the tradition of Robert Jordan. Combining adventure with mystery and memorable characters, this is a good choice for committed fantasy fans. —Jackie Cassada, Library Journal

In The Third Sign, Gregory Wilson pulls off the single most difficult feat of magic in an epic fantasy: he makes it real…A very satisfying tale from an intriguing new voice. —David Niall Wilson,Bram Stoker award winning author of “Deep Blue” and “The Relic of the Dawn.”

If anything…the quality of the book is so good I maybe expected it to be perfect. The fact remains, this is Mr. Wilson’s first foray into the fantasy genre and if this book is any indication, he is in line for a long successful career…I am eagerly looking forward to [his] next novel. Four out of five stars. —Andy Gray, The Beezer Review

Within the first few chapters [I] was immersed in the vivid fantasy world which Gregory Wilson has created…He manages to create a sense of underlying danger that simmers away, making you nervous for the characters involved…[all] learning to cope with their own forms of loss and new responsibilities…There is never a dull moment… The Third Sign is an enjoyable and gripping read. I eagerly await the next installment. — Helen Kerslake, SFFWorld.com

Wilson has created a compelling story,…and I have to admit that I formed a soft spot for Calen, the boy forced to grow up way too soon in the midst of the chaos of war. I found Calen’s father, Larin Gollnet, to be quite philosophical in his dealings with the world — retreating to his writings and his books instead of dealing with the practical matters plaguing his family during poor economic times. But his mantra sticks with me: “Clarity of thought will lead to clarity of purpose; clarity of purpose will lead to clarity of result.” Even in our own world, these can be words to live by…I think Wilson’s results speak for themselves. The Third Sign is a great first effort in the epic fantasy genre, and I look forward to seeing what the next book in the series holds. — Brian Fitzpatrick, Blog Critics

Calen Gollnet lives in a tumultuous world. Surrounded by hostile forces bent on its destruction, his country Klune has been free for ten years, having thrown off the yoke of oppression thanks to a small group of heroes known as the Covenant; but the cost of this freedom was great, and the nation’s liberty is becoming tenuous. The Covenant is broken, and Klune is now kept safe only because of a treaty struck between the human king and a race of honorable but xenophobic mercenaries known as arlics who have patrolled Klune’s borders for the past decade. But the treaty is due to expire, and both the arlics and humans are restless, each claiming that they have been weakened by their dependence on the other.

As negotiations between the two sides break down and dark armies gather while politics bogs down the governors of city and country, Calen flees from the army attacking his home city, unaware that there is more to fear than mortal warriors; the appearance of the horrifying Soul Wall and other omens point to the fulfillment of the Prophecy of Return, in which it is said that three signs will signal the return of a great evil. The first two signs have come to pass, but the prophecy is obscure on its final prediction: the tide of the conflict may be changed by the third sign, but no one knows what that sign is, or whom it will favor.

The Third Sign is an epic fantasy, in the tradition of J.R.R. Tolkien and Robert Jordan, whose unique combination of suspense, mystery, political intrigue and sword and sorcery will draw readers in as they search with the characters for the answer to the most important question: what is The Third Sign?

Read the first 3 chapters (PDF) of The Third Sign! 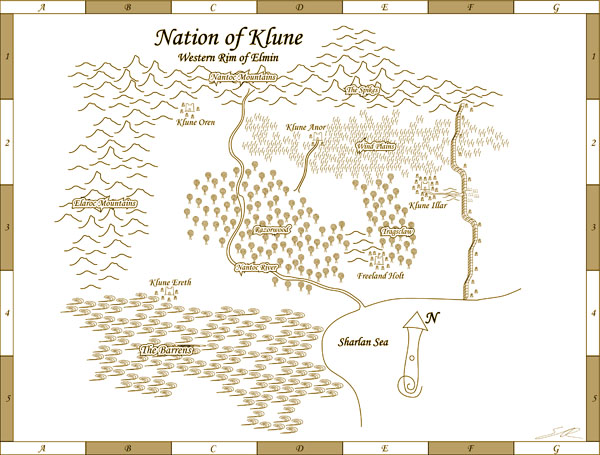